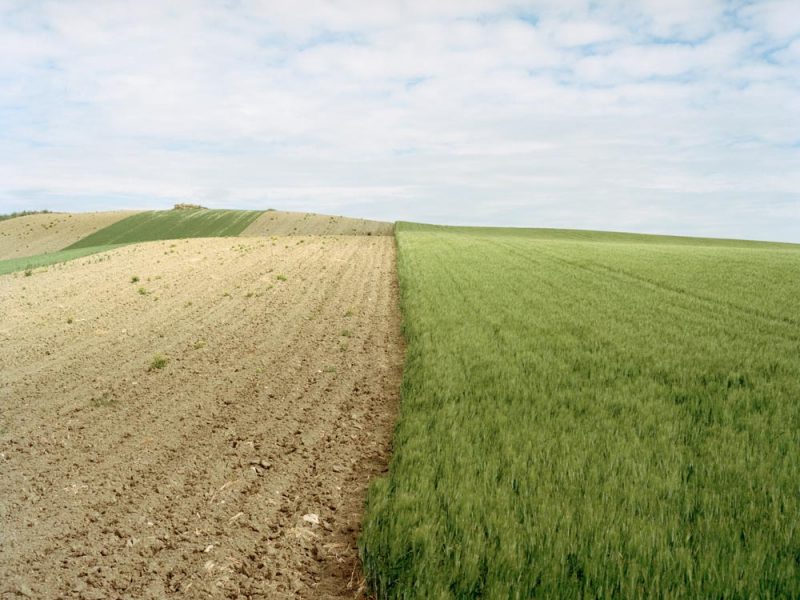 Food accompanies humanity since ever and for obvious reasons.

Human beings have modelled the agri-food industry in their own image, in their likeness.

The same industry which, – supported by chemistry, medicine and biotechnologies – since a few decades, is trying to feed the planet. Paradoxically, since that moment, our way to eat has considerably changed.

Standardisation, efficiency and the decrease of the cost to the consumer, have eased the success of this model, making it, apparently, the winning one.

I decided to examine Italy, my homecountry, which has an important food tradition.

Travelling around the italian peninsula, I tried to understand the role of this “food giant” and how much importance and weight it has in the agri-food system or, on the contrary, how much of its identity has been given in to the impressive weight of the same system.

The research focused on different manufacturing plants – with various farm and livestock models –, without ignoring the important role of labs and research centers from which innovations, that arrive to the industry, originate.

Nicolò Panzieri (Milan, Italy, 1991) recently graduated from Fondazione Studio Marangoni in Florence. The most recurrent themes of his work are those related to the environment and how men affect it. In some cases, for example in ‘Sătŭra’ (exhibited in Emersioni, Fortezza Nuova, Livorno 2017 and in Biennale Giovani Fotografi – Cifa Bibbiena, Arezzo) the approach of his work can be conceptual, but it always contains a documentary research and social interest.

He is assistant for e-Pitti and Vice Italia and collaborates with Pagina99. In 2017 he participated in “Leica Talk” at Photolux festival, Lucca, and exhibited his works at SiFest Off, Savignano sul Rubicone and at Le Murate PAC, Florence.