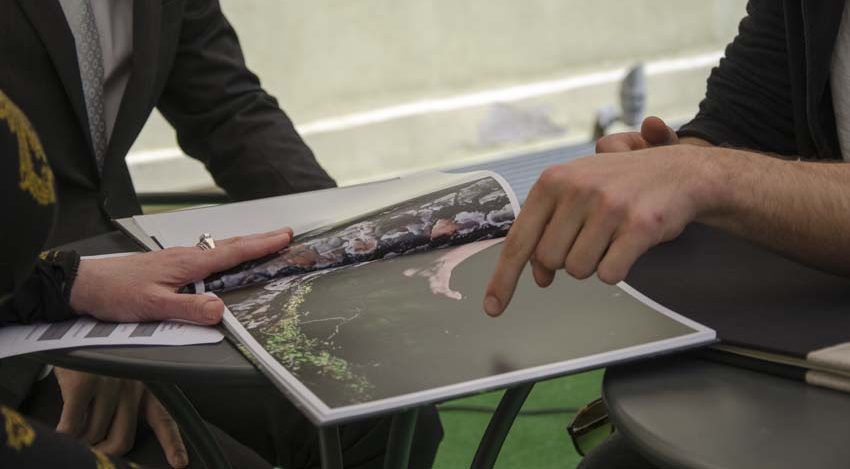 An important occasion for professional and amateur photographers to know influential personalities of photography, in order to receive advices and suggestions. A chance to promote your own work and to strengthen your career.

The portfolio reviews are organized in collaboration with Cortona On The Move as part of the “Sistema Festival”, the network born between the Italian photography festivals. 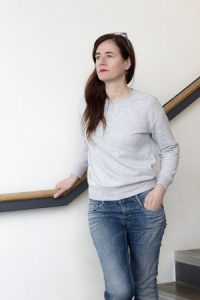 Monica Allende is a photo editor, curator, cultural producer and educator. She is the Artistic Director of GetxoPhoto Photo Festival, she was the director of FORMAT17 International Photography Festival, she has collaborated with screenprojects.org and is also producing several multidisciplinary projects with artists and digital platforms worldwide.

Previously Monica was the Photo Editor at the Sunday Times Magazine, where she launched Spectrum, the award-winning photography section. She is a visiting lecturer at the London College of Communication and lectures and teaches workshops at ScreenLab, London; EFTI, Madrid; Tashkeil, Saudi Arabia; the University of Sunderland’s Mentorship Business Programme; Festival Internazionale a Ferrara; WPP workshop Angola; Magnum Professional Practice Workshops, among others.

She nominates photographers for the Deutsche Börse Photography Foundation Prize, the Prix Pictet, and The Joop Swart Masterclass/ WPP; and she has served on juries worldwide including the World Press Photo, Visa Pour L’image and the National Portrait Gallery’s Taylor Wessing photographic Portrait Prize. 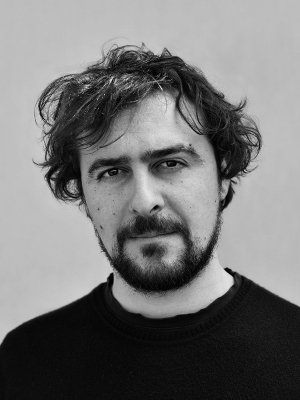 After working as a photojournalist, in 2007 he joined COLORS magazine, as photo editor, and assigned more than 150 photographers in 60+ countries. In 2015, he moved to New York and worked as a freelance photo editor on the 2016 TIME 100 issue. He is now Programme Manager at QUAD, the organiser of FORMAT Photography Festival in Debry (UK). He has served as a portfolio reviewer and juror in several international photo festivals and photography awards and grants and he’s been nominated for picture editor of the year at the Lucie Awards 2011. As a curator, in 2015 he pulled together two group shows: the Fabrica exhibition at the Łodz Fotofestiwal and the Afterlife exhibition at the Athens Photo Festival. From 2018 he started working as a freelance photo editor for Lezioni di Fotografia, a new weekly supplement to the Italian newspaper Corriere della Sera, a project directed by Oliviero Toscani studio. He now lives and works mostly between Uk and Germany.

Mauro Bedoni is keen to see all photographers who are interested in discussing their ideas, and he is open to seeing work at any stage of project development. Most types of work are welcome for review, including documentary, photojournalism, archival, photo/cross artform installation, contemporary, and narrative photography, as well as film and performance. He is less interested in seeing commercial, advertising, nude, or stock photography, unless they fit into the above categories. 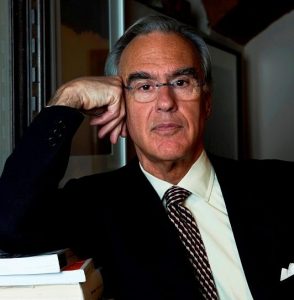 Collector of art and photography. In the eighties member of the Art Gallery Daverio, Milan. Since 2001 consultant for the Central Management and the Museums and Exhibitions sector of the City of Milan. Organizer and expert for the photography sector of contemporary art auctions for Casa d’Aste Farsetti. From 2003 to 2008 promoter and artistic director of Fotografia Italiana, art gallery specialized in Italian photography and editor of the publication “Pagine di Fotografia Italiana“.

Since 2011 founder and artistic director of MIA Photo Fair, the international art fair dedicated to photography in Italy. 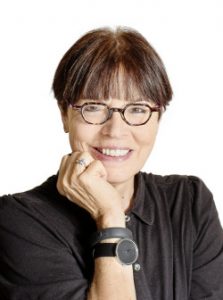 Giovanna Calvenzi is currently working for Mondadori weekly, Donna Moderna, as image consultant. She has worked as a photo editor for 10 different Italian periodicals and was the director of Rencontres Internationales de la Photographie di Arles for one year.

Her main interest is contemporary photography and she also has considerable experience as a teacher. She would like to meet new authors and examine new photographic projects. 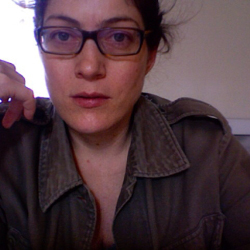 Lucy studied archeology, art history and photography in Rome. She then followed an intense course in  photography practice and history at the Maine Photographic workshops in Rockport, Maine and later went on to pursue a career as a photo editor, critic, lecture rand photography consultant in New York, Rome and Paris. In 2011 she pitched a tent, in Paris, and joined M, the newly redesigned weekend magazine of Le Monde as the director of photography.

Lucy has been assigning photographers for several years now; what she loves most is the creative process of pairing photographers with stories, brainstorming ideas and seeing how these pictures end up defining these articles. In the past she has worked for Business Week, The New York Times, l’Espresso, The New York Times magazine, Courrier International, The IHT as well as  photography agencies such as Sipa Press, Magnum Photos and –briefly, the AFP.

She has been a jury member for the Prix Photo Levallois, The Foam Paul Huf Award, Photo Saint Germain, the Festival della Fotografia Etica in Lodi and is an advisory board member for Unseen, the Photography Fair in Amsterdam, is a guest lecturer for the Istituto superiore di fotografia e comunicazione integrata in Rome and whenever possible participates in portfolio reviews. 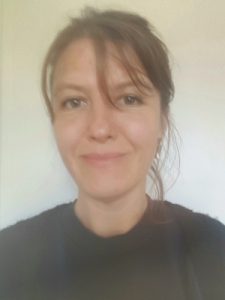 Curator and journalist, she is co-founder of Circulation(s), festival of the young emerging european photography, and member of the festival’s artistic board.

Previously she was photo production manager of Contrasto. She has been a member of numerous Italian and foreign juries, including two editions of the World Press Photo. She writes about photography and photographers, conducts workshops and teaches university and specialist school courses. She also curates editorial projects and exhibitions for solo artists and collectives. 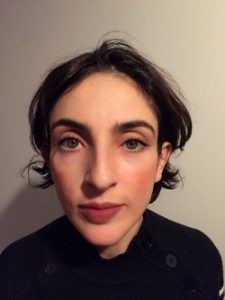 Foam Magazine is produced by Foam, a museum and a platform dedicated to photography and based in Amsterdam, the Netherlands, and andejong_Communication Agency. Published three times per year, with two thematic issued and one, called Talent, is dedicated exclusively to photographers under 35 years old. As a member of the editorial team she researches, select and commission the content for all issues of the Magazine.

Before heading to Foam she served various roles for a number of cultural institutions, publishing houses and non-profit, and also worked a researcher and as an independent curator. Her personal focus is oriented towards the relationship between image and power, particularly in the context of contemporary photography, and on the dynamics related to visual literacy. 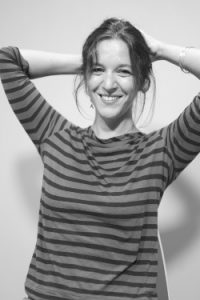 Maysa Moroni is an italian photo editor, born in Milan but living in Rome since 2003.

Before Internazionale she attended Riccardo Bauer photography school in Milan, traveled across the world as an assistant photographer, worked for Franca Speranza photography agency, Contrasto photojournalism agency and she was photoeditor for L’Espresso Editorial Group and for Left Avvenimenti weekly magazine.

She run an advanced photo editing class organized by Internazionale and Luiss university in Rome, she was president of jury for G. Tabò prize during Fotoleggendo and she sometimes gives lectures about her job and about the making of Internazionale cover.

Arianna Rinaldo - Cortona On The Move

Arianna Rinaldo is a freelance professional working with photography at a wide range. She is the artistic director, Cortona On The Move, the international photo festival in Tuscany, Italy. For almost 10 years she was also the director of OjodePez magazine, the only documentary photography quarterly published in Spain.

Arianna’s relationship with photography started in 1998 in New York, as Archive Director at Magnum Photos. Back in Italy in 2001, as picture editor for Colors magazine she commissioned international photographers to produce documentary projects all over the world.

Based in Milan from 2004 to 2011, Arianna has been a freelance curator for exhibits and a photo consultant for various publications, among which 4 years at D, the weekend supplement of one of Italy’s main daily, La Repubblica. She is a regular participant in portfolio reviews and jury panels worldwide, as well as speaker and teacher. She was part of the World Press Photo jury in 2009, Fotopres, Spain in 2012 and has been a Photolucida Critical Mass juror since 2009. 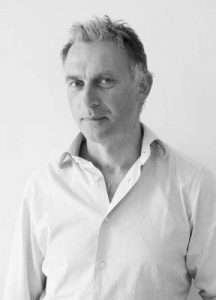 Enrico Stefanelli is a photographer and journalist and teaches photography in workshops.

He was the founder of the Lucca Photo Fest and currently the founder and artistic director of Photolux Festival the new biennial of photography in Lucca.

Since 2010 is the Italian curator of Epea, European Photo Exhibition Award, a project for the development of young talents in photography.
He’s member of the Nominating committee for the Joop Swart Masterclass at World Press Photo Foundation and a member of the international jury of the prize: The Manuel Rivera-Ortiz Foundation for Documentary Photography & Film.

The jury composed by the present reviewers and chaired by Fabio Castelli, at its sole discretion, will announce the 3 best portfolio, which will be published on Fotografia Europea website (awards ceremony on Sunday 22nd April at 2.00 pm).

Furthermore, the winner will be able to expose his project during the 2019 edition of MIA Photo Fair in Milan.

Those who wish to participate in the selection of the best portfolio, at the end of the review, must submit to the secretariat the prints of their images properly closed and with a label indicating the name of the owner. In the case of digital support the participant will have to deliver the images on a USB stick with the owner’s name.
At the end of the ceremony all the portfolio will be returned to the owners. If you can’t withdraw your portfolio on Sunday, April 22nd, you can pick up at Fondazione Palazzo Magnani, in the following days.
Participation in the selection is free, except for the expenses for registration for the portfolio review.

Each review will last up to 20 minutes.

It’s better to take printed portfolios, but you can also use digital media (electricity available).

Foreign reviewers will speak in English and there will be no translation.

Each review costs 35 € (VAT included)
Each participant can register for one or more review of his choice according to availability. In any case, it will not be possible to purchase more than one reading with the same reviewer.
The invoice will arrive via email a few days after registration.

The review must be paid in advance and by credit card (PayPal system).

If unable to attend, the fee will not be refunded, however, it will be possible to replace the participant.