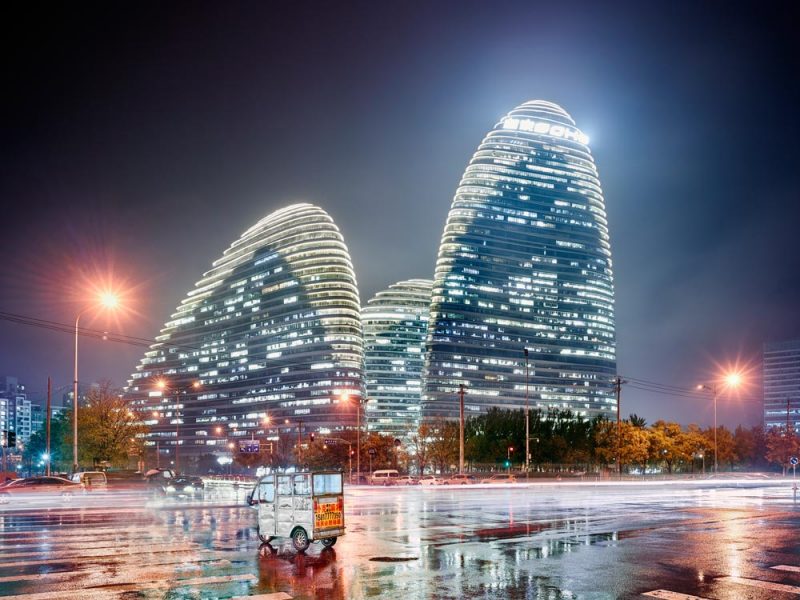 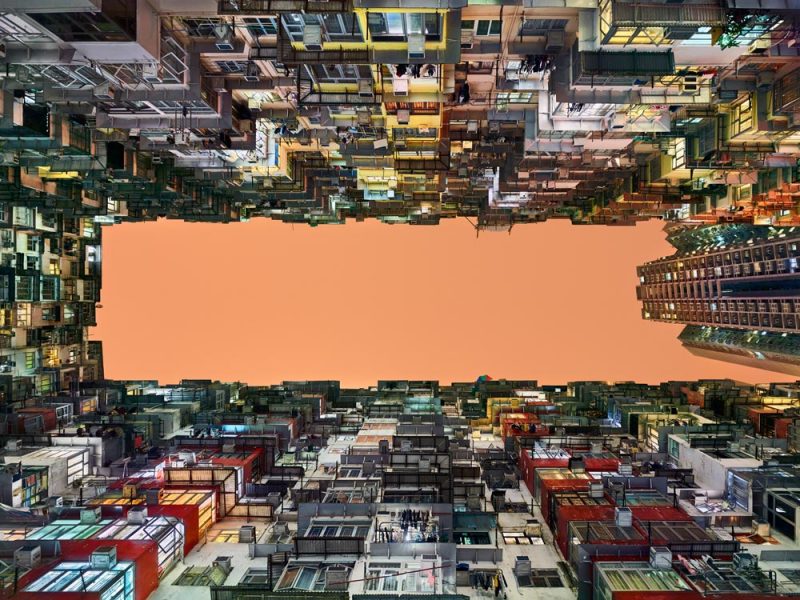 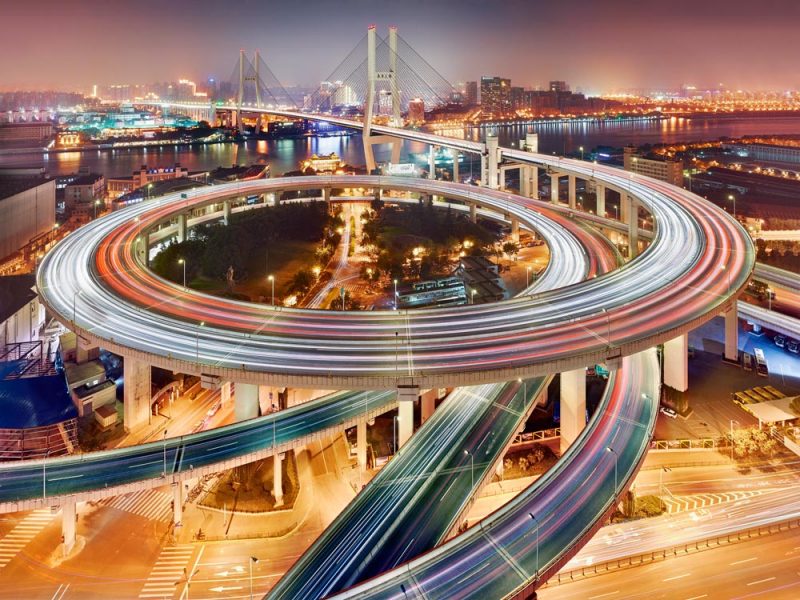 Luca Campigotto takes us on a voyage that starts from the China of the past, with its magnificent views of traditional landscapes, and reaches the unrecognizable present-day China. Beijing, Shanghai and Hong Kong appear to us as places we have never seen before: not really because of their new, extraordinary architecture, but for their surprising light, resulting from a mix of neon, LED, sodium halide, fluorescent and tungsten bulbs, interacting with sunlight. These are overwhelming colors, almost of extraterrestrial origin: it is almost like looking at a landing strip on planet Krypton at night. Everything turns peach, pink, mauve, yellow, while buildings glow in chrome.

Campigotto is one of the great contemporary landscape photographers: his skies are always memorable, let them be shot at night over cities like New York, or in daytime over the rocks of his My Wild Places or Teatri di guerra. These Chinese steel skies emit an alien shimmer. The Hong Kong nights are sunrise-soaked in a shining show of sunset and pollution.
These are images in which the color is extraordinarily calibrated, between electric and spectral tones. The visual impact is really “dis-orienting”, as if the urban planner were the futuristic designer of Blade Runner. Interestingly, the replicant in the movie repeats Marco Polo’s famous sentece: “I’ve seen things you people wouldn’t believe”. Campigotto’s work – exciting and meditated – captures the wonders of this new world you have to “see for yourself to believe“.

Luca Campigotto was born in Venice in 1962, where he graduated in Modern History with a thesis about Travel Literature during the great geographical discoveries era. He has always been interested in the writing process: in 2005 the literary magazine Nuovi Argomenti published a selection of his images and poems. He is the author of the 2014 Epson calendar, as well as the 2016 GEO-New York calendar. He has exhibited, among others, at the Somerset House in London, the IVAM in Valencia, The Warehouse in Miami, the CCA in Montreal, the MOCA in Shanghai, the Venice Biennale (1997/2000/2011), Palazzo Fortuny, Palazzo Ducale and Palazzo Zen in Venice, at MAXXI, MACRO, Museo del Vittoriano and the National Institute of Graphics in Rome and at the Museum of Science and Technology in Milan. He has authored several books including: Iconic China (Bologna, 2017), Roma (Bologna, 2015), Teatri di guerra (Milan, 2014), Gotham City (Bologna, 2012), My Wild Places (Ostfildern, 2010), The Stones of Cairo (Rome, 2007) and VenicExposed (Rome / London / Paris, 2006). His photographs belong to major international collections.