Andrea e Magda Birth of a Utopia Dec 2015, Rawabi, Palestine. Shot from a promotional 3D video screened in the visitor centre of the city. In the video, these doors open to the future mall centre located at the heart of Rawabi. © Andrea e Magda 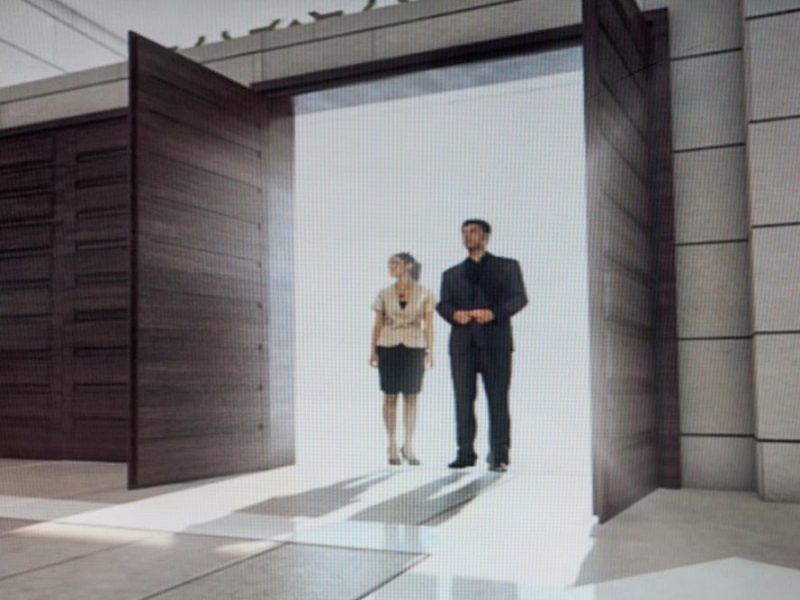 Andrea e Magda Birth of a Utopia Dec 2015, Rawabi, Palestine. The family just moved in Rawabi. They are amongst the very first inhabitants who took the risk to buy a house in Rawabi. At this stage, no more than 10 families are living in the neighbourhood. They had to wait for almost two years to move in, as the project was delayed due to the restrictions of permits given by Israel. © Andrea e Magda 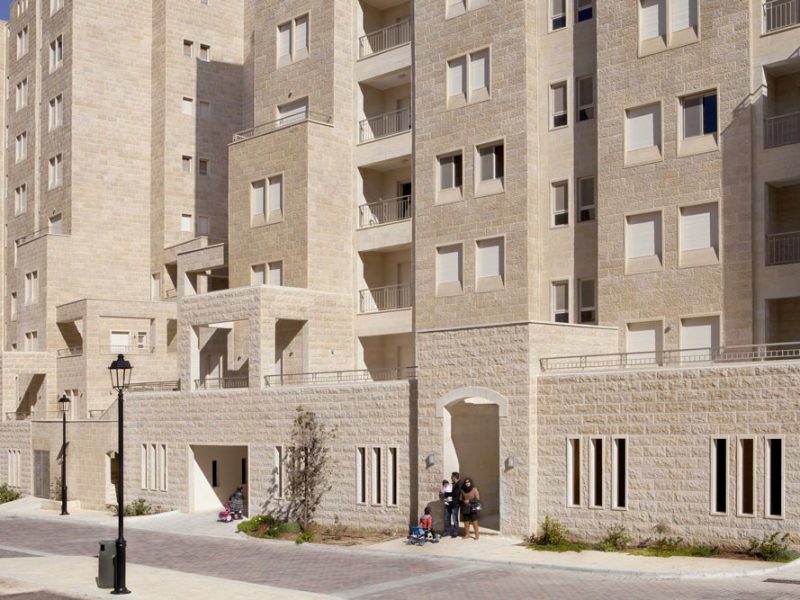 Andrea e Magda Birth of a Utopia Jan 2017, Rawabi, Palestine. In the visitor center, a promotional wall paper assembling pictures of children with the digital rendering of the future streets of Rawabi. All the models used for the marketing materials are Rawabi’s workers and their families. © Andrea e Magda 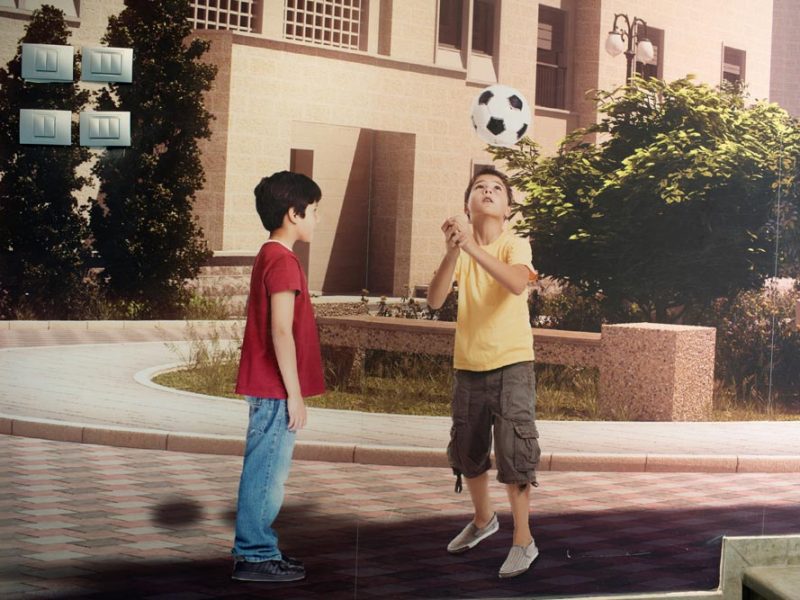 Birth of a utopia

Rawabi is the first city in the West Bank founded by and for the Palestinians. It lies nine kilometers from Ramallah and twenty from Jerusalem. Born from an idea of Palestinian entrepreneur Bashar al Masri, the city is the result of a private real-estate project. Once finished, it should host between 25,000 and 40,000 people. Built on a hill, the structure of the city consists in a circular pattern developing around a shopping mall, while recalling the architecture of Israeli colonies. The urban model distances itself from the traditional Palestinian lifestyle, and the project raised great controversy in the West Bank.

As we started following the project in 2009, Rawabi was just a 3-D animated film simulating life in the future city, with colorful renderings depicting happy Palestinians along imaginary roads. Similar to utopic ideal cities of the Renaissance, which strived to human and architectural perfection, the urban model of Rawabi seemed to embrace the requirements of good citizens as expected in the future Palestinian state. Over time, however, this project of an “ideal city” began to clash with the reality of the Israeli occupation: the construction works of Rawabi have been delayed for some years, and many potential buyers have withdrawn from investing in a new home.

At the moment Rawabi seems more like a ghost town than the paradise of the promised land. Birth of a utopia is a work in progress. The first part of this project will be completed in September 2018.

Andrea and Magda are a duo of photographers from France and Italy. They live and work mostly in the Middle East since 2008. They interrogate the models shaping contemporary societies in the Midle East in a context of globalization, exploring the economic, cultural and architectural aspects. Their work has been shown in different photography events and museums such as La Maison Européenne de la Photo or Fotomuseo Bogotà and was published in magazines internationally (Time, 6 mois, Newsweek Japan, Courrier International, Sunday Times magazine, Internazionale, Libération…). They recently received the support of CNAP (Centre National des Arts Plastiques) and Fondation Les Treilles for their last project “Arabian Tales”, and were nominated for the Prix Pictet 2016.