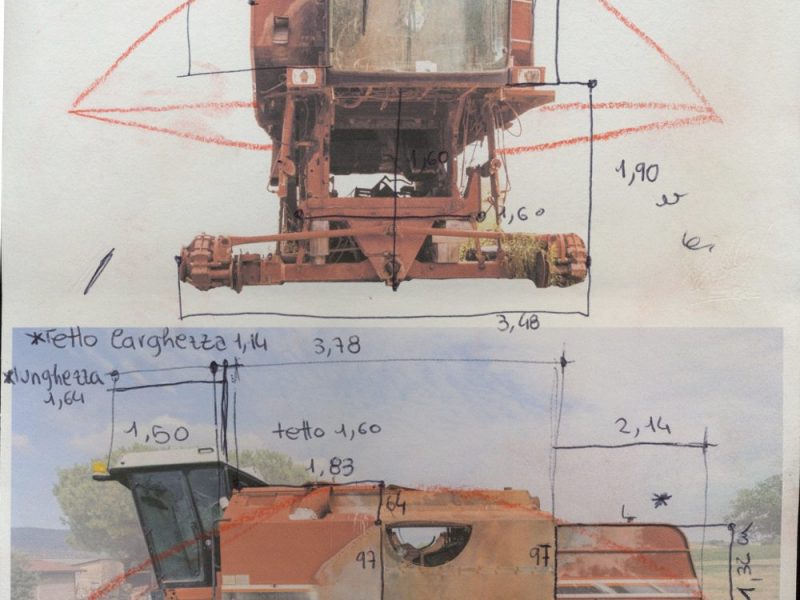 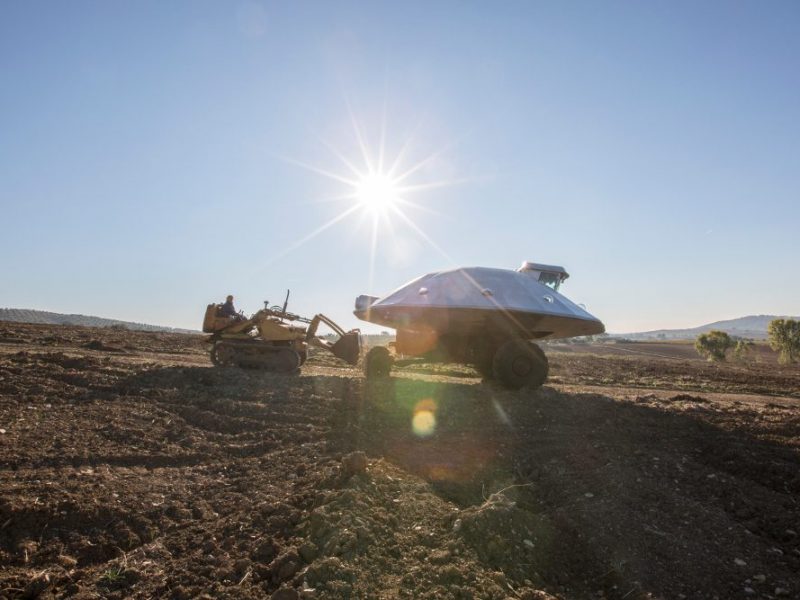 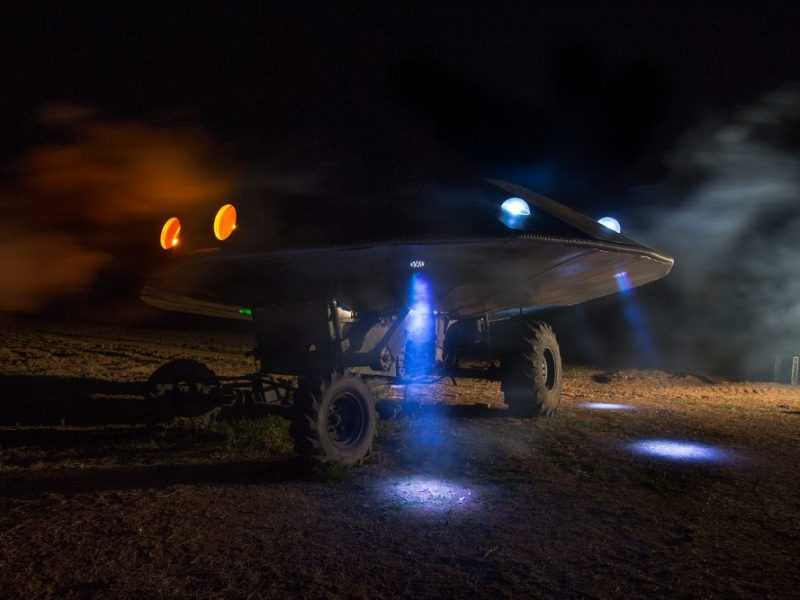 I started working on Dove il cielo è più vicino in 2014, when I lived for a long period of time in my family house, in the Maremma countryside. That prolonged contact with the earth and with the peasants, the ones that still exist, made me clearly perceive how final is mankind’s estrangement from nature. I noticed how weak is my generation’s connection with the earth, the sky and everything that nature gives us: a very different relationship compared to the one that previous generations had. And yet, I started feeling more connected.

I made Dove il cielo è più vicino over different moments: during one action I created rings of fire in the fields; I shot a series of photographs of windowless and doorless farmhouses, so mute and blind; I imagined the story of a harvesting tractor turning into a spaceship, which might allow us to perhaps leave for somewhere else, a place where we might find the sense of hope we need to start over again.

On this occasion, I decided to continue this work with a series of portraits of peasants gazing into the sky. I wanted their eyes to act as a connection between the earth and the sky, where the latter represents a far-away place of mystery and hope; where, since the beginning of time, humans seek for help.