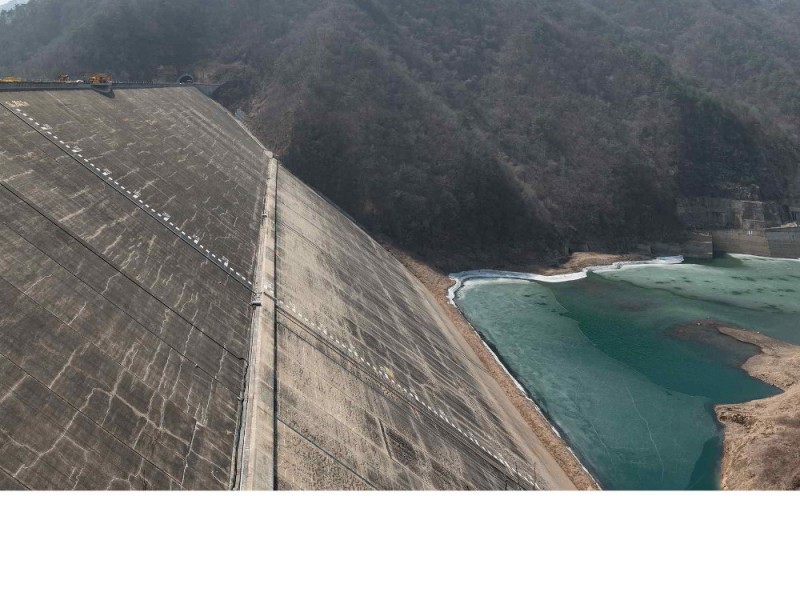 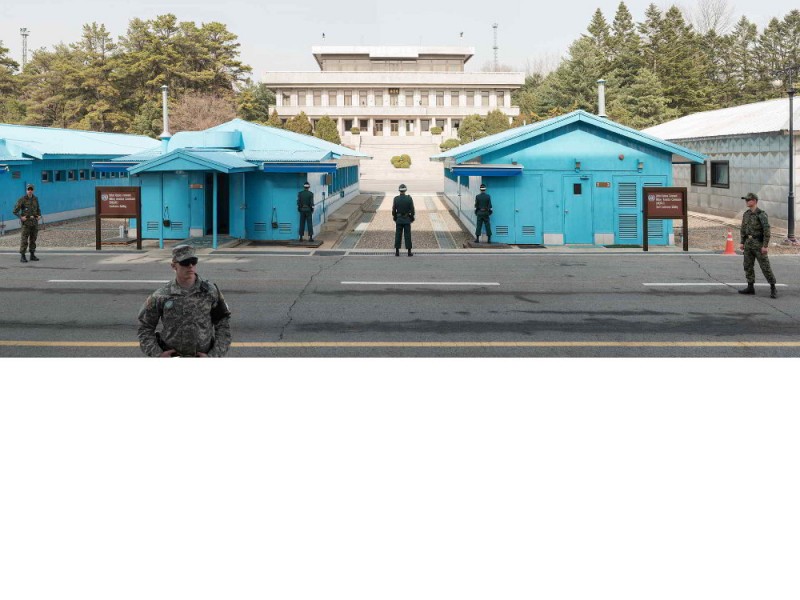 Saverio Cantoni’s research confronts the architectural and urban planning strategies that involve the construction and maintenance of the southern border of the demilitarised zone between the two Koreas.

Cantoni follows the barriers constructed along this line, crossing three main ecosystems: the maritime environment, the river delta, and the mainland. His objective is to study the types of architectures developed to give physical concreteness to the most militarised border in the world.

The DMZ (demilitarised zone) cuts across the Korean peninsula – as established by the international agreements of 27th July 1953 – and extends for 2 km on each side of the border between North and South Korea. The outer margin of the DMZ is characterised by double fences that prohibit access to the zone where the actual border lies, a border which thus becomes invisible, beyond impassable lines.

The brilliant definition coined by Yehre Suh describes it as an “imagined border” in its dramatic visual dissolution made possible only thanks to massive infrastructure works. This border represents one of the last vestiges of the Cold War, developed according to parameters that retain the aesthetic apparatuses of the two opposing economic models that profoundly marked the history of the 20st century.

Cantoni’s research aims to make a contribution toward a wider international artistic laboratory that takes a stance in favour of the unification and the ratification of a definitive bilateral peace agreement between the Democratic People’s Republic of Korea and the Republic of Korea.

Saverio Cantoni (born in Montecchio Emilia, 1985)’s research is expressed through visual media. Holding a degree in architecture, he wrote his dissertation on Aesthetics with Professor Marco Vallora and contributions by Olivo Barbieri, Gabriele Basilico, Guido Guidi, and Mimmo Jodice. He collaborated with Armin Linke and was part of the research team of “The Anthropocene Project” at the Haus der Kulturen der Welt in Berlin. Subsequently, he collaborated with Attilio Maranzano on developing photographic essays with numerous artists, including Jan Fabre, Cristina Iglesias, Carsten Höller, and Paola Pivi. Currently he collaborates actively with Tomàs Saraceno on the development of visual media projects. Cantoni’s research assumes the artistic practices as the tool for investigating social systems, for a visual anthropology developed starting from the man-made landscape.

His work has been exhibited at the MAXXI in Rome and at the 14th Venice Biennale. He lives and works in Berlin.

8 May 10 am, Galleria Parmeggiani