Ikuru Kuwajima, Trail 1, View of Afghanistan from the Tajikistan side in the Pamir mountains The Pamirs 2012-2013 © Ikuru Kuwajima 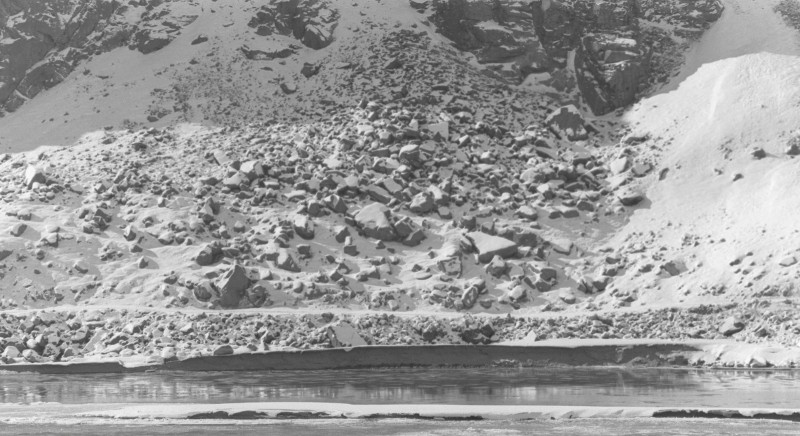 Ikuru Kuwajima, Trail 2, View of Afghanistan from the Tajikistan side in the Pamir mountains The Pamirs 2012-2013 © Ikuru Kuwajima 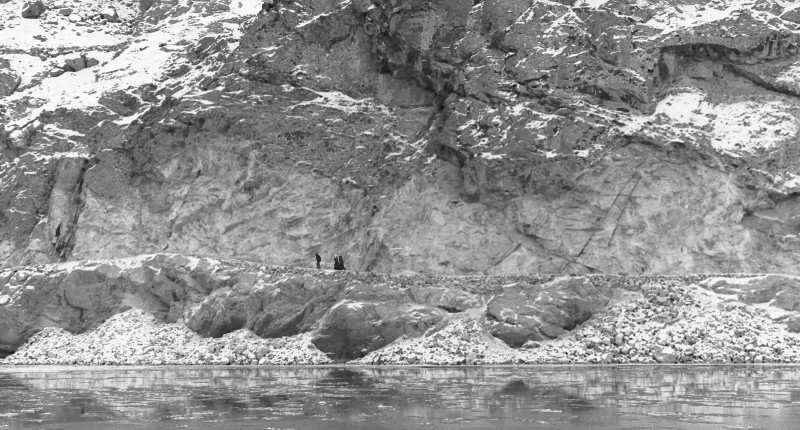 Ikuru Kuwajima, Trail 3, View of Afghanistan from the Tajikistan side in the Pamir mountains The Pamirs 2012-2013 © Ikuru Kuwajima

I traveled to the Pamir mountains of eastern Tajikistan in the winter, going up and down the rugged road by car in the high mountains along the Panj river that formed hundreds of kilometers of the border with Afghanistan, which was literally within a stone’s throw for many, many hours. From this Tajik side, I kept seeing the thin endless trail on the Afghan side.
On that trail, “Afghans” have been traveling on foot and donkeys from village to village, from generation to generation, from century to century. Maybe, Alexander the Great or Marco Polo, who travelled in the region centuries ago, may also have taken the same path. The two sides of the valley in the isolated mountains were artificially divided by the narrow river, as a result of the Great Game between the Russian and British Empires in the late 19th century. And today, they are still divided – between Afghanistan and Tajikistan. On the Afghan side, it looked as if time has frozen.
Driving along the natural border, the scenery of the thin trail seemingly lasts forever. Taking in this view transports me through time and space – as if by time-machine – to a scene from a distant past. My reverie lasts along the long old trail until my consciousness fades into the snowy valleys of High Asia.

Ikuru Kuwajima (Chiba, Giappone, 1984) after growing up in Japan and studying in journalism in the University of Missouri, Columbia, has been living and photographing in various post-Soviet and Eastern European countries in the past eight years. He extensively photographed in Central Asia and now lives in Kazan, Russia, continuing personal projects.

His work has been presented in various exhibitions including Noorderlicht Festival, 2011; Venice Biennale, 2013; 6th Moscow Biennale of the Contemporary Art, 2015.