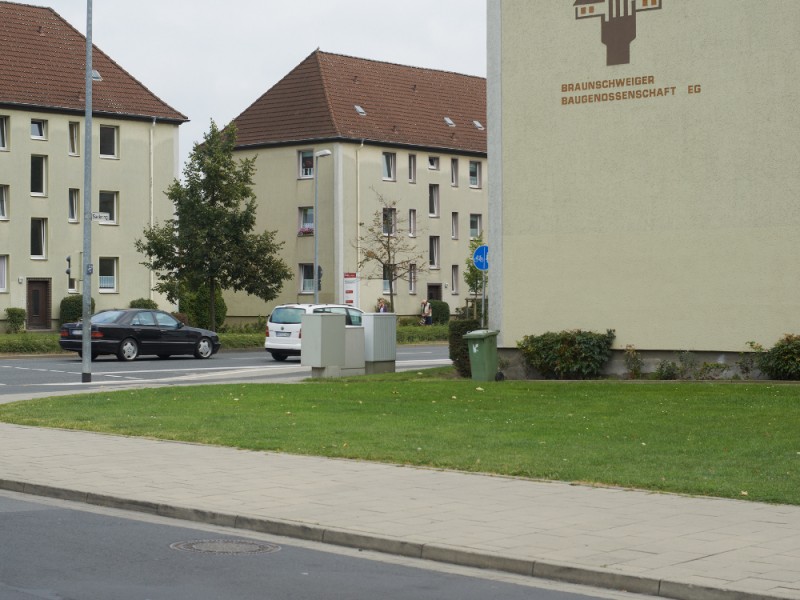 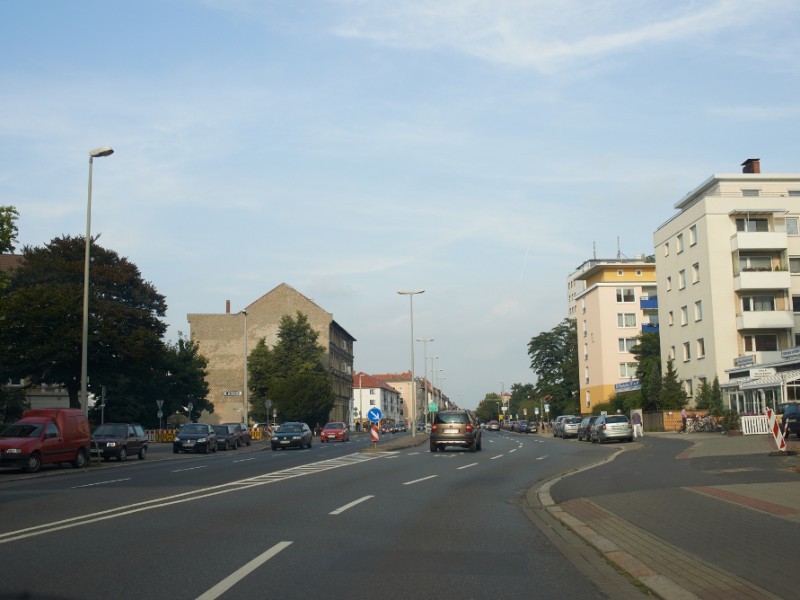 In her work From the periphery Bettina Lockemann investigates the effects of German suburban development since the 1930’s, and a city’s transformation to car compatibility exemplified by Braunschweig. A fragmented mode of perception supported by vertical-formated photography, her regard is one from the sidewalk on urban public space.

The pictures allow for an insight into an urban situation which is standard in many cities in the Federal Republic: the streets seem way too wide and bear witness to the prioritization of automobile traffic. People appear merely as shadowy figures riding in cars; city spaces other than downtown areas offer little room to pedestrians and cyclists. Residential structures seem closed-up and uninviting; they are flanked by garages and parked vehicles which often block sidewalks and vistas.

A very few horizontal formats open up an additional perspective: that of the motorist. Here, suddenly, the viewers find themselves in the middle of the street; the city pushes into the field of vision only peripherally; the blacktop ahead and other vehicles dominate the pictorial centers.

From the periphery is a conceptual regard on urban space. The sequence of pictures escorts the viewer along the city’s main drags which enclose the historic downtown and channel traffic streams to and fro. From the periphery guides the viewer through a (sub-)urban scene that, in the course of post-war developments, occupied sections of downtown as well; therefore the term “Periphery” not only stands for a geographical localization.

Bettina Lockemann (Berlin, Germany, 1971) is an artist and theoretician in the field of photography. She studied fine art photography and media art in Leipzig and completed her PhD in art history at Stuttgart State Academy of Art and Design. She held teaching positions at various art schools. From 2010 to 2015 she was Professor of Photography (practice and theory) at Braunschweig University of Art in Germany.