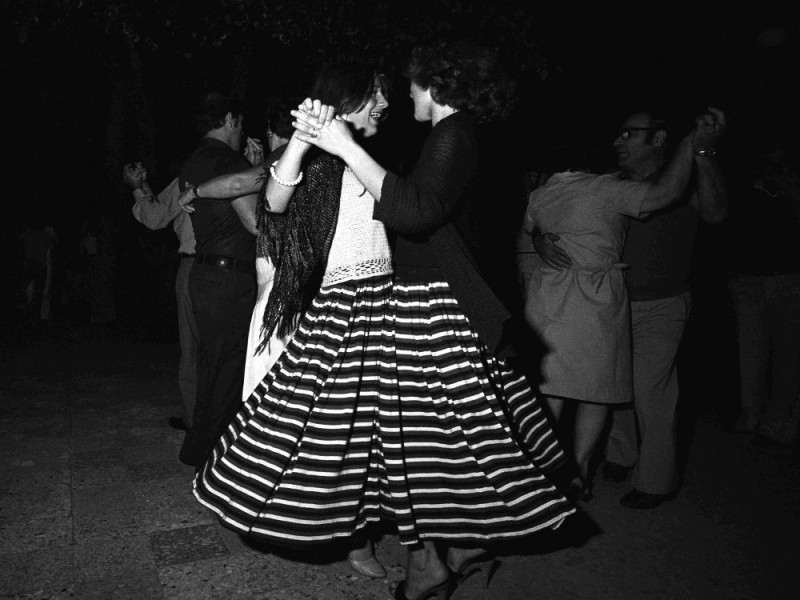 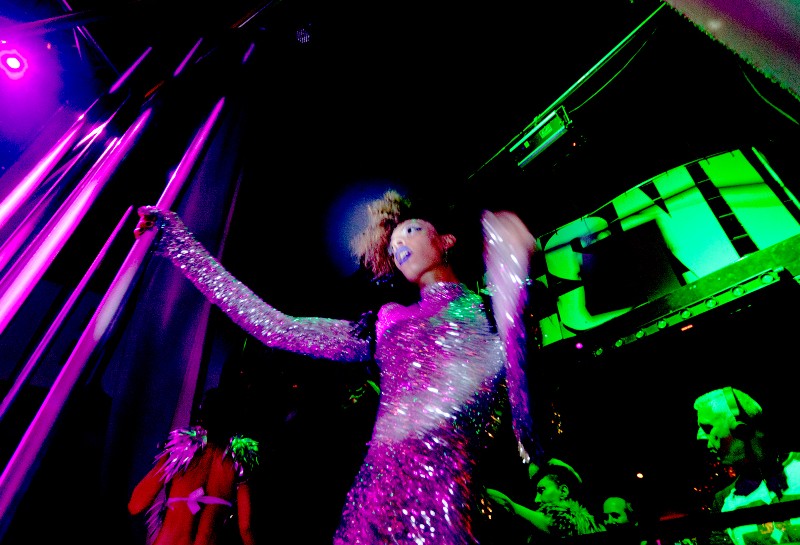 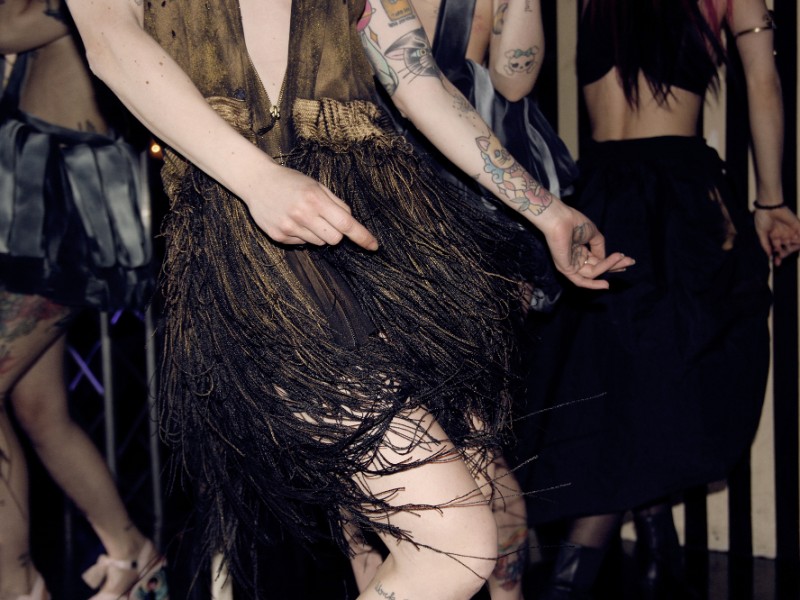 “A big city of the night,” was how Pier Vittorio Tondelli described the Via Emilia in the mid-80s, “with huge discotheques like Marabù in Villa Cella or Bob Club in Modena, that rose in the countryside like sumptuous cathedrals of entertainment, post-modern temples of rich, dynamic, and uninhibited youth…”

Disco Emilia portrays this period that characterised our region from the early ’70s to the end of the ’80s, creating a true production district and involving a large part of the population, from those who participated directly in this experience as club-goers to all those who played an active part in animating the night-life scene in different professional roles.

Gabriele Basilico’s images from Dancing in Emilia masterfully depict the first phase of this social and cultural phenomenon, photographs that bear witness to the intergenerational nature of the Emilian people’s love of dancing, moments in which the sparkling image and science-fiction inspired design of the new discos mixed with the lace and frills of the ballroom dancing costumes. The work of the renowned photographer dialogues with images made by Andrea Amadasi, Hyena, and Arianna Lerussi, the three photographers who were commissioned to carry out a present- day investigation entitled Last Night.

Completing the photographic section some shots of Antonio La Grotta from Paradise Discoteque.

Through personal accounts and interviews, Disco Emilia also provides an opportunity to reconstruct the history of the music scene, an “old school” of DJs unique at the national level with dozens of mega-stars, many of whom are still very active today.

Through a call to action organised in collaboration with the Gazzetta di Reggio, a section of the exhibition will display materials recently contributed by community members.