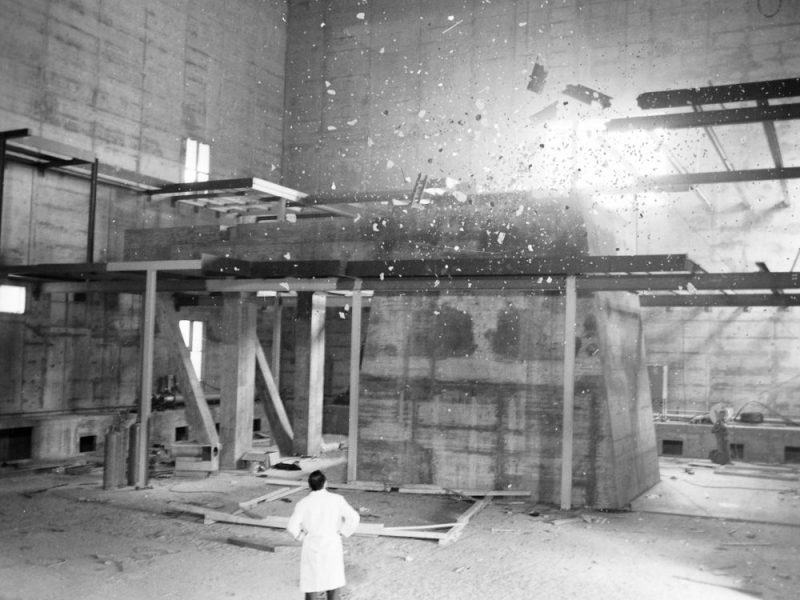 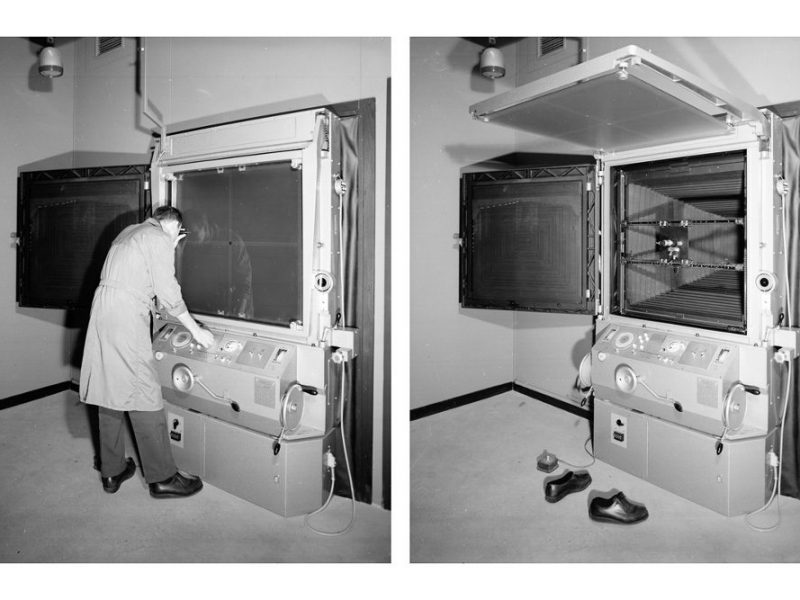 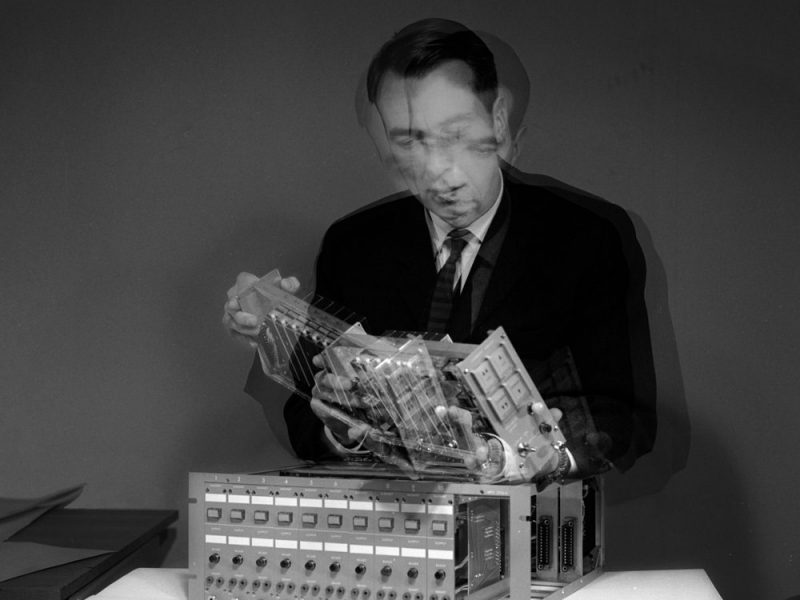 Wolfgang Ernst Pauli, one of the founders of quantum physics, was nicknamed the “Conscience of Physics”. But he was also known among his peers for something a bit less “scientific”.

Legend says that when Pauli entered a room, experiments would fail and machinery would break down. His colleagues jokingly called this phenomenon “The Pauli Effect”.

CERN recently released their photo archive spanning thirty years of cutting edge research. Even though Pauli died shortly before this archive started his presence still lingers; on a bust, a blackboard, a portrait, a book etc. This series is a semi-fiction where the Pauli Effect continues to haunt everyday life at CERN. Using and manipulating the archives, searching for experiments, accidents and Pauli’s presence.

Science isn’t fiction, science is weirder than fiction. Teleportation, ubiquity, levitation, spontaneous appearance. Inconceivable on a human scale, but totally logical on the scale of elementary particles. Working in the field of quantum mechanics is a wild ride, and even though the mythical Pauli Effect was a private joke among highly scientific minds, some of them were nonetheless superstitious enough to ban Wolfgang Pauli from even entering their lab.
In quantum physics as well as in photography, the act of observing is not a neutral act. It participates in the outcome of a scene. These photos are sometimes real, sometimes completely fabricated. The observer is actor in fixing what is science and what is myth.

French photographer, born in 1985, lives and works in Paris.

After completing a Master’s degree in Mathematics & Computer Science, David Fathi starts an artistic research in photography side-by-side with his career in engineering.

This double practice can be perceived in his photographic work as an intense passion for science and the limits of knowledge.

Through strange, little-known narratives he shines a light on the cognitive biases which make us confuse fact and fiction.

His work has been exhibited through various locations in France, Ireland, England, Poland and Portugal.

Anecdotal, a series about the seemingly fictional, but absolutely true, stories around nuclear testing has received the jury’s special mention for the prestigious Prix Levallois.

While Wolfgang, his new series retracing a strange myth about one of the founders of quantum physics, has won the Grand Prize Fotofestiwal in Lodz, as well as the Arles Photo Folio Award, and will be exhibited in the 2017 official program.