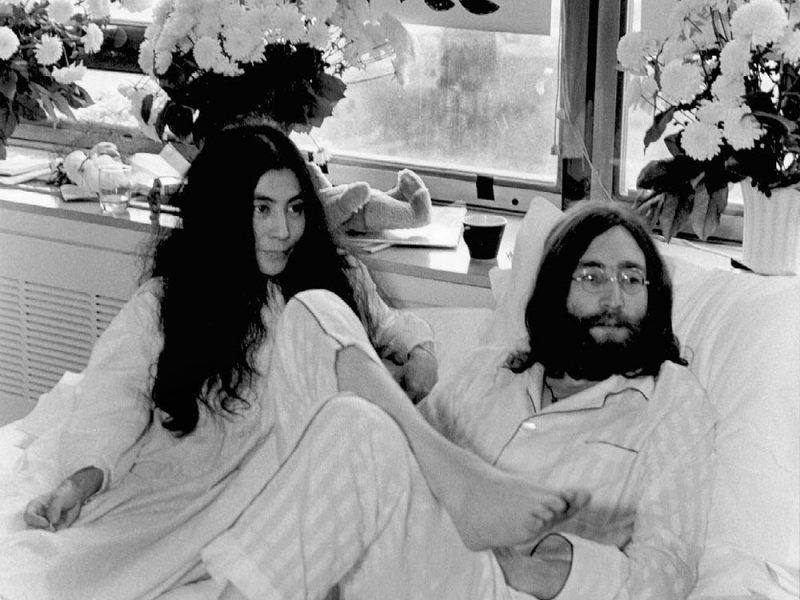 On the Road to Woodstock A couple play the guitar sitting on their car on the way to the Woodstock Festival, August 1969. Baron Wolman 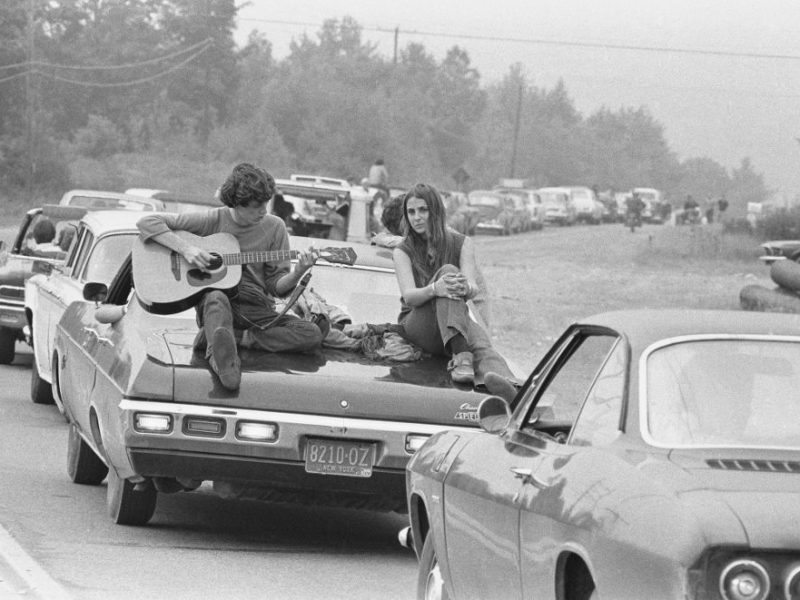 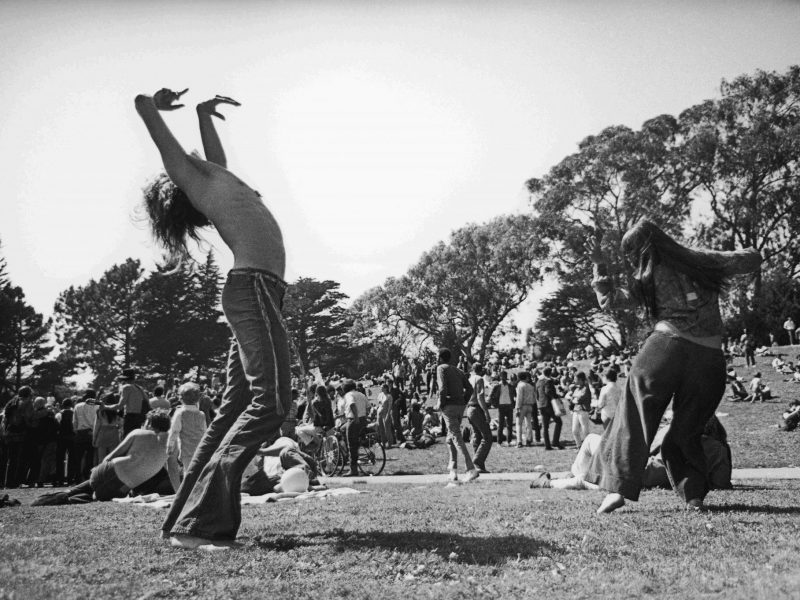 Community Era: Echoes From The Summer Of Love

On the fiftieth anniversary of the Summer of Love, what is left of the hippie community? What influences can still be recognized in our time? Community Era collects the images of three famous U.S. photographers – Robert Altman, Elaine Mayes and Baron Wolman – who were among the direct protagonists of a cultural revolution that started in San Francisco in the second half of the 60s and then spread throughout the world. It was a unique movement that iconicly culminated at the oceanic gathering of Woodstock, the legendary three days of “love, peace and rock music“; where the crowd became a collection of singularities freely expressing themselves. The images of this period (1967- 1969) show an environment based on “kindness to others and absence of judgments“, which explored new social models and from which the first virtual community developed nearly fifteen years later (as shown in the exhibition section From Beat to Bit). This collective exhibit comes to a closure with a few shots by Bruno Vagnini, the Reggio- Emilia photographer who portrayed John Lennon and Yoko Ono’s 1969 famous Bed-in.

Robert Altman is an American photographer. He attended Hunter College at the City University of New York. After graduation, he was taught photography by Ansel Adams and he was soon hired as a photojournalist by Rolling Stone magazine. Following his early success as chief staff photographer for Rolling Stone he expanded into fashion photography and fine art. He became a television producer/director for KEMO-TV, an independent station in the San Francisco Bay Area.

His “Sixties” work is a point of reference for Acid culture, Summer of Love, Rock, and Flower Power generation. This collection of photographs portrays iconic musicians, celebrities, rock stars and fans together. Altman’s work captures the free flow atmosphere of this 1960’s time period and his exploration compliments WoodStock, and all the unique, emotion that it consisted of.

Elaine Mayes is a fine arts and documentary photographer who has been working with camera produced images for fifty-five years. She graduated in studio art and art history at Stanford University, and after studying at the California School of Fine Arts she did commercial photography for seven years. She began teaching at The University of Minnesota in 1968, the first woman to teach photography in any American university. She taught many places and was on the founding faculty of Hampshire College, the MFA program at Bard College and was Chair of the Photography Department at the Tisch School NYU when she retired from teaching. Her photographs have been exhibited many places including MOMA, The Metropolitan Museum of Art, SF MOMA, The Contemporary Museum in Honolulu, the Boston Museum of Fine Art, The Smithsonian American Art Museum, The Joseph Bellows Gallery in La Jolla and The Steven Kasher Gallery in New York. Her work is in many public and private collections, and she has lectured on her work at numerous institutions. Currently she lives in Denver, NY, and is preparing a retrospective exhibition that will be exhibited at The Savannah School of Art and Design in Savannah. Her books include, “When I Dance (1967), “It Happened in Monterey” (2003), and “Recently” (2015). She also makes videotapes, and did cinematography for the award winning documentary, “Silver Lake Life.”

Bruno Vagnini, a guy from the Emilia region who is in Canada studying at the Academy of Fine Arts in Montreal. It’s 1969. He hears that Lennon and Yoko Ono are in town. He rushes into that hotel with his Nikon camera, just as John and Yoko are about to begin their famous bed-in protest against the war in Vietnam. He manages to trespass and sneak into John and Yoko’s suite, mixing with other accredited journalists. The security guards want to throw him out. but John, with his soft and slightly nasal voice magnanimous says: “No, leave him here, he’s just a boy”. This guy shoots 31 photos. Four developments of these shots, because of his excitement, go lost. Some of the remaining twenty-seven print-outs, appear the next day on newspapers across the world. And so a boy, in one day, became a photographer that would go on exhibiting in Italy, Europe, and overseas.

Baron Wolman is ranked among the 20th Century’s elite and most collectible photographers. As the first photographer of Rolling Stone Magazine he was granted unique access to rock ’n’ roll’s most eponymous and notorious emerging icons, from Bob Dylan to Jimi Hendrix.

His reputation with a camera and an eye for talent and a story, gave him a ticket to ride the tour buses from Haight Ashbury to Woodstock. His cover stories launched legends and gave him the keys to the dressing rooms and homes of rock ’n’ roll’s biggest stars.

But Wolman also kept a sharp eye out for the cultural shifts in fashion and culture that inspired youth. He was the first to realise – and photograph – the emerging phenomenon of Groupies, befriending the girls and persuading them to pose for historic portraits that captured the freedom and style of young women newly liberated by the Pill, fashion and music.

Ever vigilant for the cover story, he recognised the need to chronicle other emerging talent such as the young guns of literature, art and jazz. He spotted and photographed the tectonic cultural shift of San Francisco’s Summer Of Love which heralded the age of the Hippy, even starting his own magazine Rags to explore the scene as the phrase “turn on, tune in, drop out” became the global mantra for a generation.

Few living photographers rode the roller-coaster ride of the 60s alongside the icons of that age.

Community Era – Echoes From The Summer Of Love