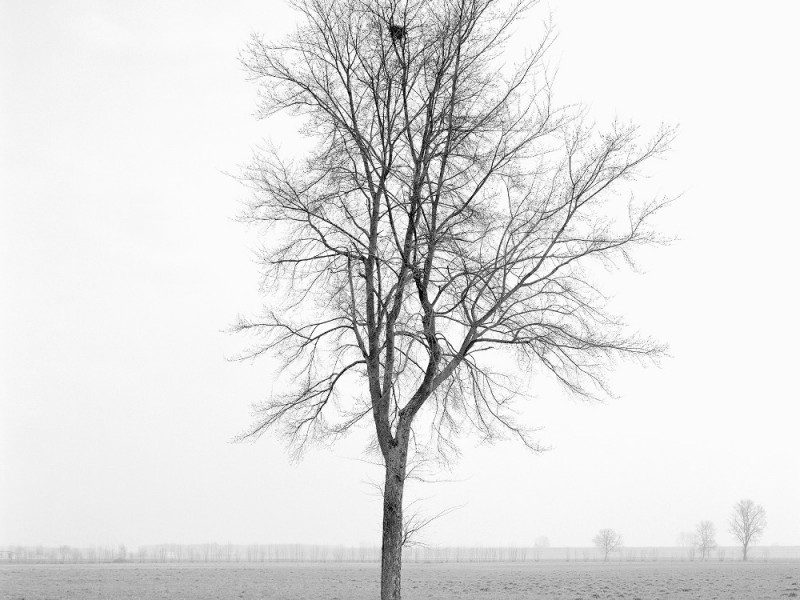 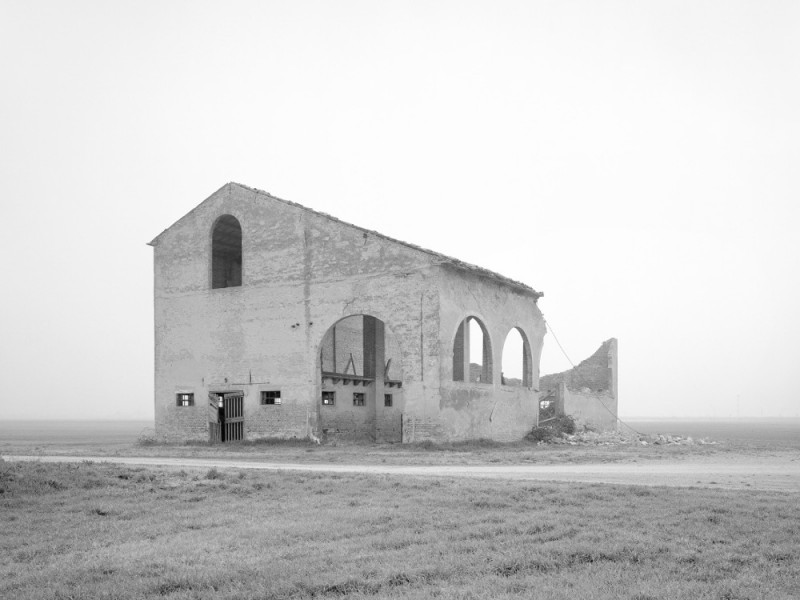 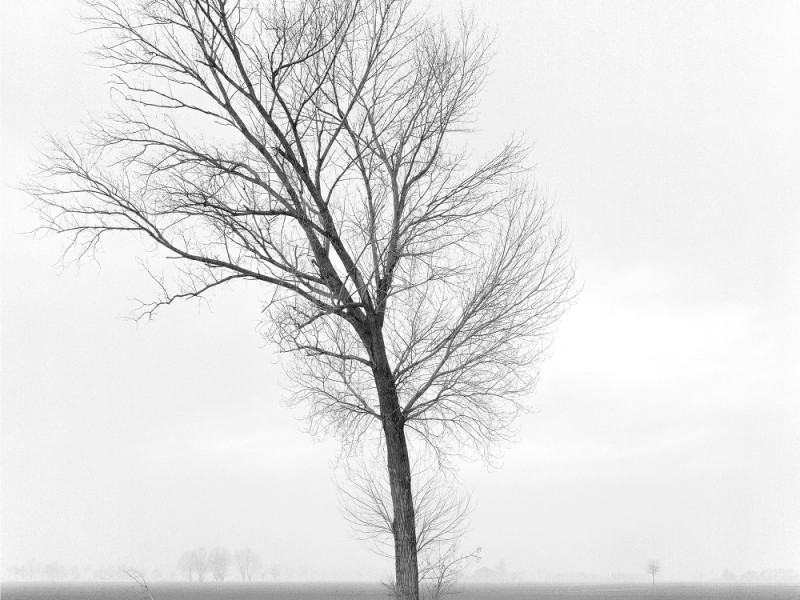 It’s the plain of the Po River. It’s the landscape that I have always known, whose changes have intertwined, as both consequence and cause, with the strong economic growth of the post-war period.

In this project, two series of photographs intersect and proceed on two levels.

The first series comprises large format black and white images of trees and farmhouses now uninhabited and often in ruins. The second includes colour photographs, smaller in size, of transient situations related to atmospheric variability and the annual cycle of nature.

The trees and houses, with their distribution in space that is not random, have lost the original agricultural, economic, and social function they had up till thirty or forty years ago. I now perceive them as words remaining from a fragmentary discourse, the meaning of which it is no longer possible to grasp. The dissolution and ruin are evident, but the trees, now free from functional restraints, grow in the space according to their natural and original biological plan.

These totemic images of trees and houses are juxtaposed with smaller colour images of river banks, grasses, crops, birds, and wildflowers, where the perception of the plain is instead sensory, vital, disordered, and atmospheric, linked to the annual cycle of nature.

Paola De Pietri was born in 1960 in Reggio Emilia, where she lives. She graduated from the University of Bologna’s Drama, Art, and Music Studies program, Faculty of Literature and Philosophy. Her images are the product of a close observation of the landscape, both the urban landscape and the organic and vegetal landscape of nature. Since her first series of photographs, she has worked on the subject of man’s relationship with the space in its temporal dynamics and in a continuous examination of the idea of transience. Her work has been exhibited in numerous solo and group shows, including the Biennale di Venezia (1997), Galleria d’Arte Moderna, Bologna (2001), Forte Belvedere, Florence (2003), Villa Manin – Photomusem Winterthur (2005), the Museum of Contemporary Art of Shanghai (2006), Museo di Fotografia Contemporanea, Cinisello Balsamo, Milan (2007), Fondazione Fotografia, Modena (2010), Le Bal, Paris (2011), MAXXI, Rome (2012), Triennale, Milan (2013), Leopold Museum, Vienna – Mart, Rovereto – Multimedia Art Museum, Moscow (2014), Bozar, Brussels – Nederlandsfotomuseum, Rotterdam (2015).

In 2009 she was awarded the triennial Albert Ranger-Patzsch prize.