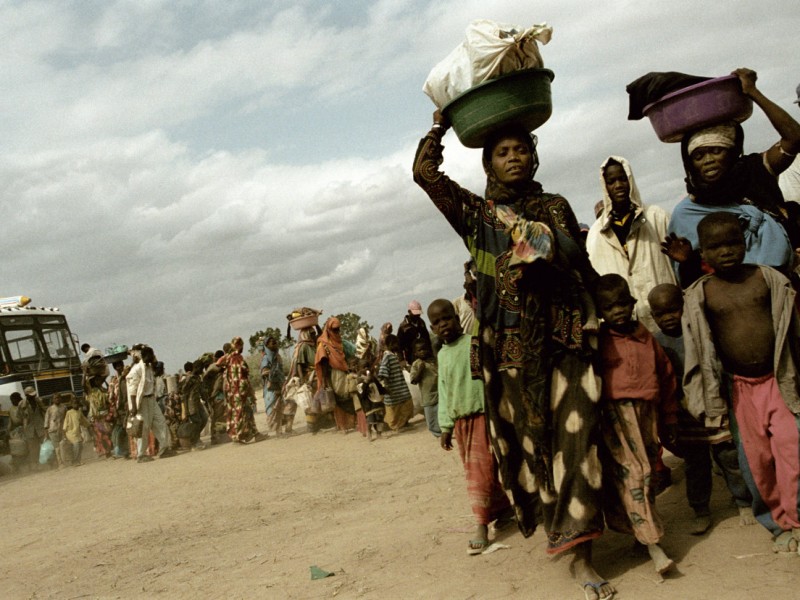 Refugees in the desert. People engulfed in a sandstorm waiting for it to subside. Sha-allan ONE camp, Jordan, 1990 © Chris Steele-Perkins / Magnum Photos 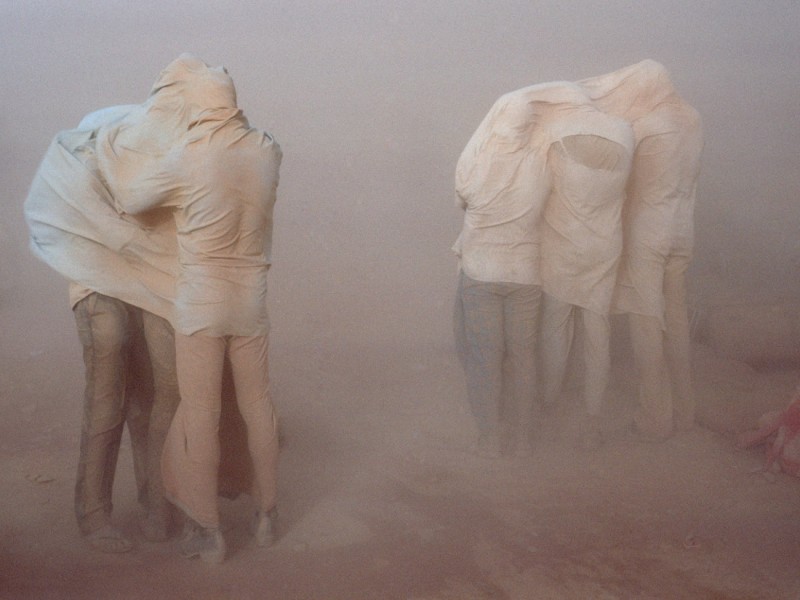 On the road at night, a small family of illegal immigrants which fled the Taliban, has succeeded to cross the Egean sea from the Turkish border and reached Lesvos.Island of Lesvos. Greece. 2009. © Patrick Zachmann / Magnum Photos 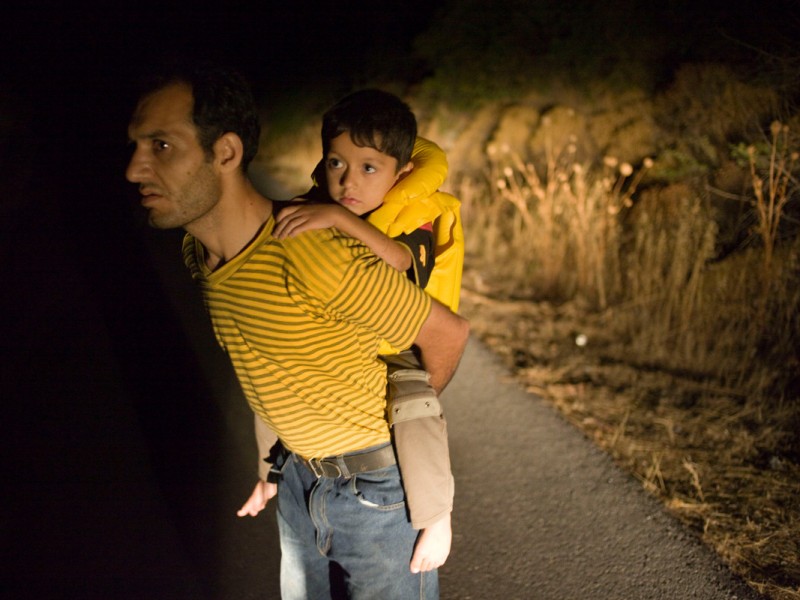 Land makes people into what they are. Of that I am sure. If they lose it, they forfeit their solvency and a little bit of their souls, which they will spend the rest of their lives trying to regain

This extract is from Larry Towell’s book The World from my Front Porch (2008). Like many of his Magnum colleagues, on his field trips he too met and photographed people who had lost their home and their homeland. People who, for political or economic reasons, were obliged to leave their country, were forced into exile by war or natural disasters, and who possessed only the little they could carry. Some sought asylum in the West, others ended up in refugee camps or tried in vain to return to their own countries.

The exhibition EXILE eschews any form of historical, chronological or geographical order. The aim is to visualize the sheer number of international conflicts which have occurred since the Second World War, and the resultant masses of exiles and refugees.

Similar in their fate, interchangeable in their columns, the refugees progress towards an uncertain future, uprooted, homeless, unwanted.

Magnum Photos was founded in 1947, two years after the Second World War. It owes its existence to four photographers – Henri Cartier-Bresson, Robert Capa, George Rodger and David ‘Chim’ Seymour – who created Magnum in their own image. Magnum is interested as much in how to a thing should be viewed as in the thing itself.

Initially based in Paris and New York (and now in London and Tokyo), Magnum departed radically from conventional media practice of the day: firstly through its structure as a cooperative owned by photographers, and secondly by demanding that copyright be owned in full by the photographers themselves.

In Magnum Photos, photographers gained independence, a vital corollary to accepting work. The choice and length of their reports, selection of photos, ownership of negatives, possession of copyright and control over dissemination were all theirs, as they imposed their authorship of their work.

The recruitment of new members faithful to the agency’s principles is a demanding process: the candidate is observed for a period of four to eight years before being awarded the status of member and finally shareholder.

All of this demonstrates its unique nature, both in its photographic style and in the rigour and persistence of its work compiling documentation and information.

Although it is a long and meticulous process, this work allows Magnum to portray numerous approaches to reality as it represents their creators.

Today the collective includes around 80 photographers, 60 of whom are members.