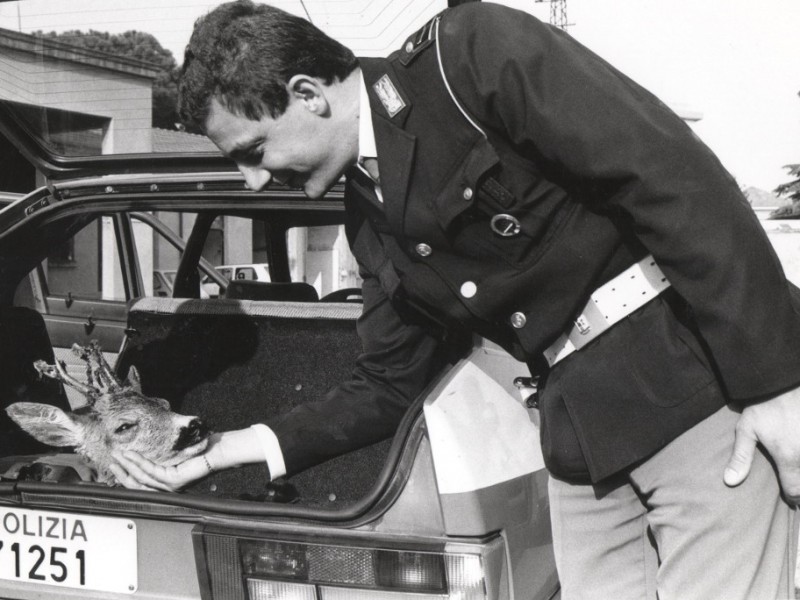 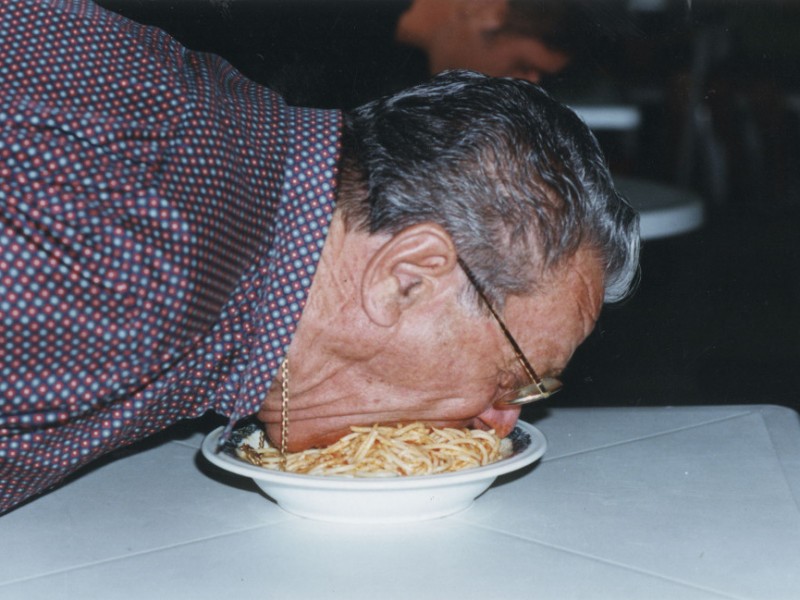 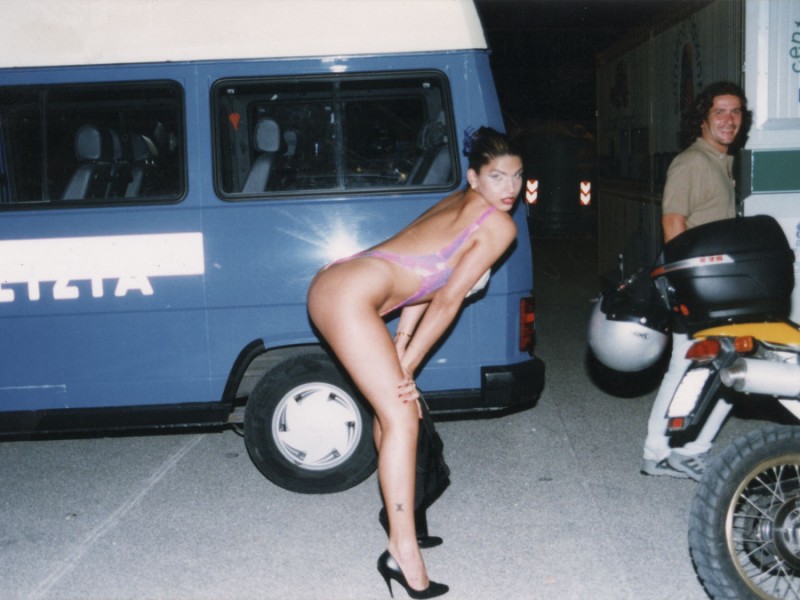 The Italy & Italy project arose from a meeting between Pasquale Bove, photojournalist,  and Luca Santese, photographer and co-founder of Cesura.

From Bove’s vast archives, comprising more than 200,000 shots, Santese selected 500 produced between 1985 and 1999 as the conceptual cornerstones of Italy & Italy, following precise editing criteria. These criteria stem from the realisation that there is currently no clear and well-defined iconography of the 1990s. In fact, despite being so close to us, this period seems very distant. The ‘90s are characterised by a paradox: our consciousness perceives them as being close in time, but this experience is overturned when we actually come into contact with the images or video material of the epoch.

The central intent of Santese’s editing in the Bove’s archive was to create and organically articulate the iconography of those years starting from a fragment of them: the everyday and social life of Rimini and its environs.

In the ‘80s, and particularly in the following decade, the character of Rimini was representative as a paradigm of what could be called “Italian-ness”. In Rimini both the prominent politicians who frequented the discos and the thousands of working class people coming from every Italian city and province all felt right at home. The Italy & Italy project clearly shows this coexistence. Bove has photographed hundreds of situations and environments that are radically different from each other, from the big nights out of the VIPs at the Baia Imperiale club to the market stands of sausage vendors at the Feste de l’Unità (a series of annual social events organised by the Italian leftist party), without political or social class distinctions. This project thus conveys different feelings, moods, memories, joys, and sorrows.

Pasquale Bove (born in Foggia, 1958)  began his photojournalism career in 1980 with “La Gazzetta di Rimini”, the ANSA news agency, and the daily newspaper “Il Resto del Carlino”. He soon became the photographer who documented all the news events taking place in Rimini and its province. He has also documented the evolution of the tourism system of the Romagna Riviera without neglecting the issues related to social and urbanistic changes.

In 2010 he was selected for the World Press Photo prize with the project Detroit 2009-2010, and his project Found Photos in Detroit was exhibited at Le Bal Space in Paris.

Subsequently his work was exhibited at the Kulturhuset in Stockholm, 2012; the OGR in Turin, 2013; the MoCP in Chicago, 2014; and at Fotografia Europea 2015 in Reggio Emilia. In 2011 he published with Arianna Arcara the book Found Photos in Detroit, which received seven nominations for best photography book of the year.

Santese’s work has been exhibited and published in Europe, Asia, and the United States.

8 May, 11am, Chiostri San Domenico