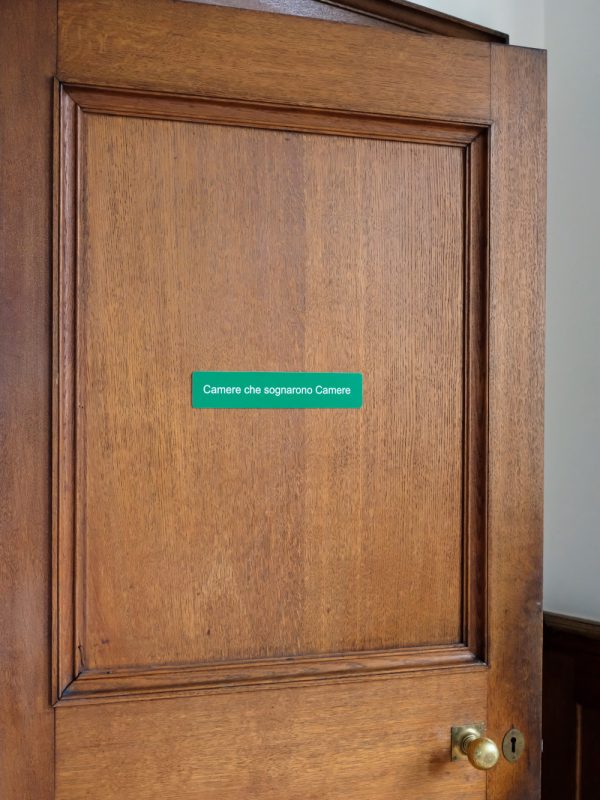 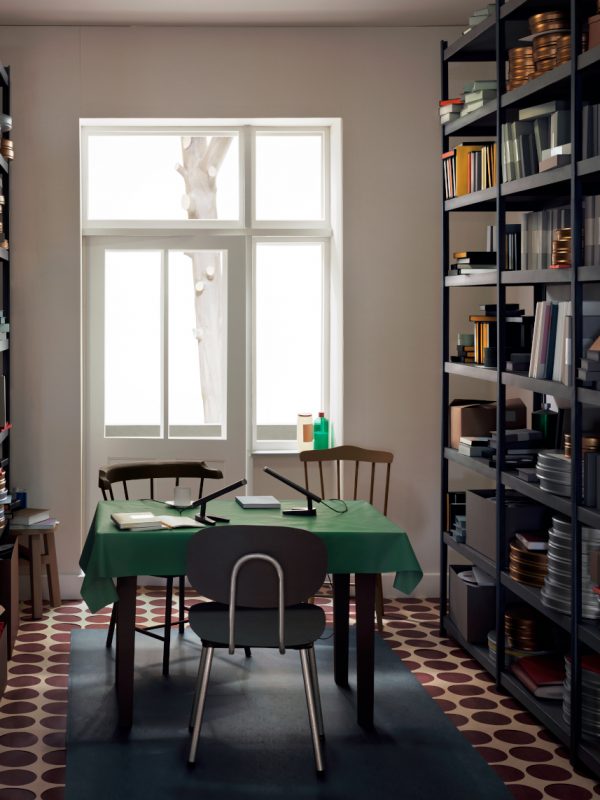 The Light Pours Out_2 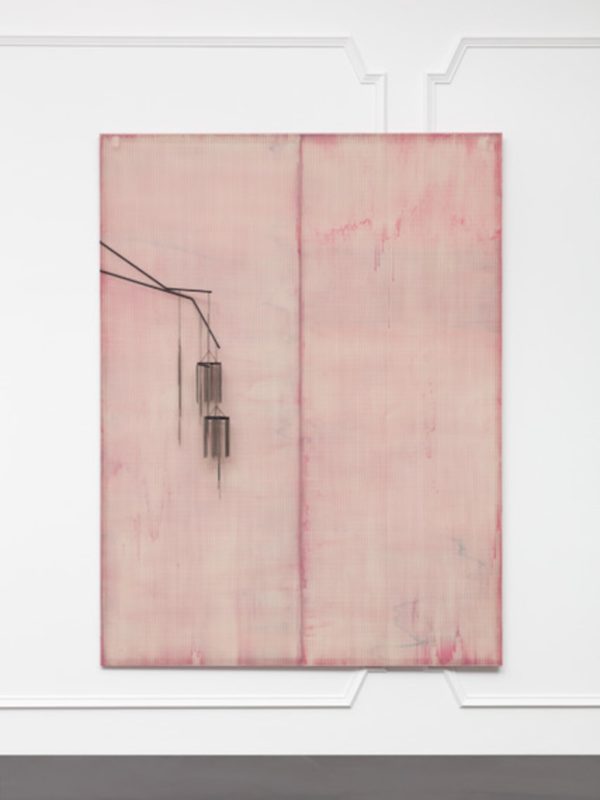 a project by Sabine Vollmann-Schipper and Laura Gasparini after an idea by Thomas Demand and Martin Boyce. Made possible by the Girefin Contemporary Art Collection

The project for the Girefin contemporary art collection is joining a conversation between the works of Thomas Demand and Martin Boyce. The German and Scottish artists have been working with photography for many years, but make a very specific use of the medium.

Thomas Demand creates three-dimensional models in paper or cardboard that reproduce – in life size –  fragments of reality that he then records photographically before destroying the sculptures. Often times the resulting images refer to places, where events of historical and social relevance occurred and have subsequently intruded into our collective memory. Notably in this show, Heldenorgel (depicting a memorial for the victims of the first world war in the form of an outdoors organ, making it an audible monument) and Klause, a site in which a crime has not happened – even if the yellow press prejudicated such an act – are prime examples of his singular and influential approach. For Demand, photography prepossesses our perception of the world: “things enter the world through photography” he says, “and that certainly affects the way how we communicate, analyze and understand our surroundings”.

Martin Boyce‘s sculptures, photographs and installations poetically investigate the intersections between art, architecture, nature and design. Boyce is inspired by the forms of the built environment, architecture and everyday objects. Boyce mines these elements to recombine, distort and abstract them for his works. The scale of this activity can vary from the smallest intervention to landscapes which potentially recalibrate our understanding of a post-urban environment. His central series of images in the exhibition, Spook School, show us the remnants of a burned-out building, the famous Glasgow School of Art, by Charles Rennie Mackintosh. This building is the academy that Boyce himself attended as a student. Most poignantly, it connects this show with the Palazzo da Mosto, itself an institution rich in history as a pedagogical laboratory and a school until the present.

The authors hope to trigger a dense visual dialogue between their works, offering an inspiring and complex experience, catenating references, narratives and associations. The exhibition architecture by Thomas Demand provides a peculiar and memorable encounter with the artworks within the palacial exhibition space.

Thomas Demand (Munich, 1964). He lives and works in Berlin and Los Angeles.

Thomas Demand is known for his large-scale photographs, depicting motives from mass-media images or from his personal archive reconstructed in life size from paper and cardboard. Through his work, he strives to overturn the notion of photography as an inevitably objective or truthful medium, exploring the gap between reality and its representation.

Demand grew up in Munich and attended both the Academy of Fine Arts in Munich and the Düsseldorf Art Academy before receiving a master’s degree in fine arts from Goldsmiths’ College in 1994 in London. He initially used photography to document his paper and cardboard reconstructions. In 1990, however, the photograph became the artwork.

Many of his works impart an architectural understanding of spaces, and his interest in architecture and models let to various collaborations with architects such as Caruso St. John, David Chipperfield, Rem Koolhaas and SANAA. His work is represented in numerous museums and collections including the Museum of Modern Art, New York, The Guggenheim Museum, New York, Los Angeles County Museum of Art (LACMA), Los Angeles, the Centre Pompidou, Paris and the Tate Modern, London.

Martin Boyce (Hamilton, Scotland, 1967). He lives and works in Glasgow. He has reworked and reformulated iconic design objects, developing his own pictorial language based on a reading of the formal and conceptual histories of design, architecture and urban planning. In an extended act of homage, deconstruction and re-imagining, Boyce has, for example, assembled reconstructed versions of Charles and Ray Eames 1949 storage units or created mobiles with fragments of Arne Jacobsen’s chair from 1955.

While Martin Boyce’s oeuvre includes shapes drawn both from modernist and classic design sources, it also includes references to everyday urban objects, such as fences, trash bins, or telephone boxes. Transformed by Boyce’s vision of the history of design, these elements, remaining more or less reminiscent of utilitarian objects, create enchanted landscapes that appear as slightly laconic witnesses of past urban development programs but also imbue the formal vocabulary of contemporary urbanism with moments of unexpected tenderness and beauty.

Boyce’s work has been shown in several institutional institutional and group exhibitions. His work is represented in numerous collections including the Museum of Modern Art, New York; Tate Modern, London; Museum für Moderne Kunst, Frankfurt. In 2011, the artist received the Turner Prize.