In 2006, the Municipality of Reggio Emilia launched the first Fotografia Europea international festival. Photography took centre stage as a privileged tool for reflecting upon the complexity of contemporary living.

Every year, photographers have been invited to tackle different topics: the contemporary urban condition, the body, time, the viewing eye, the change, the citizenship. Many productions were created specifically for the festival and eventually became part of the city’s public collection.

This being an all-round reflection on the contemporary image, the topic of the festival is addressed not only by photographers but also by intellectuals, artists, philosophers and writers.

The starting point is the teaching of Luigi Ghirri: the possibility, through the image, to look at the world as one has never done before.

For the edition 2015, which will take place in the months of May and June with three opening days 15 to 17 May, the chosen theme is Earth Effect. 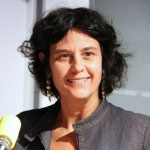 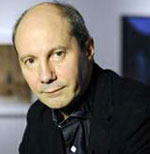